Well goodness, I can't believe it has been nearly two months since I posted! I originally planned on taking the month of August off.  There seemed to be less and less people posting over the summer months and it seemed like a great time to get some things done and enjoy the last of summer.  Earl and I enjoyed a simple day out for our Anniversary, out to Ann Arbor for the day, hitting the little shops, farmer's market and ethnic restaurants. There is never anything going on in early August so we plan on a fun little trip later.
The following week I came down with what was diagnosed as a sinus infection and spent the week mostly in bed, and after a round of antibiotics and no improvement I returned to the Dr. and ended up in the hospital for emergency surgery.  Nothing serious, I'm really all better at this point but between the week I was ill, the surgery week and a week of recovery there went August!
The beginning of August I enjoyed the lushness of the garden. Everything was blooming and growing so beautifully. 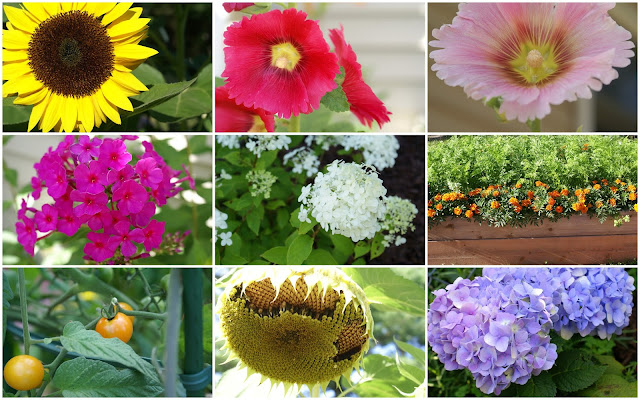 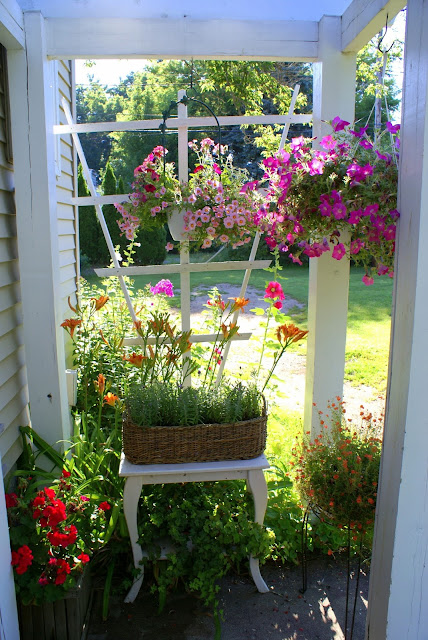 The back porch under the pergola was dripping with flowers. Unfortunately, 3 weeks of neglect as I recovered means the hanging baskets are going in the trash and will need to be replaced with something else. 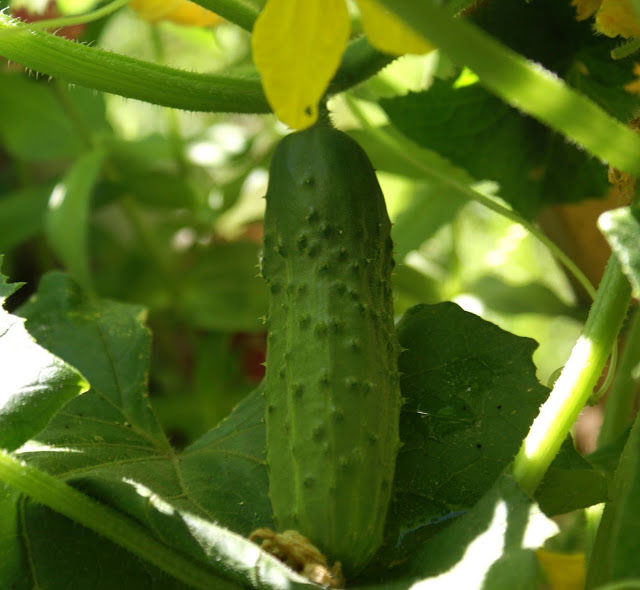 We had a bumper crop of cucumbers just as I got sick.  After my surgery I had to throw them all away. Fortunately we had been able to share some with friends and family, at least someone got to enjoy them!
This past weekend a dear friend from Florida came for the weekend and we had a great time catching up. This weekend we have another big party to prepare for.  Barbecue for 30!  Another bumper crop of apples means I plan on making some fresh cider.  September is a busy time, but this year I am enjoying the coolness so much after a blistery week or two in August.  I know, those of you who have entire blistery summers are laughing at this Michigan girl, Lol. I admit I have a very narrow comfort zone when it comes to temperatures.
I hope to continue to catch up with everyone  and get back on the blogging bandwagon.  I'm ready for a come back :)