According to our bird book that's what it is. Earl was back in the woods cutting down a tree and heard something rustling on the path. We think it's a fledgling. It couldn't fly and he was afraid it's wing was broken so he picked the little guy up and brought him to the house. Victoria called some animal rescue people listed on the DNR website but nobody was licensed for birds. We ended up taking it back to the woods and hoping for the best. It can still climb a tree. Isn't it adorable? I LOVE seeing somehing like this up close. I wanted to hold it, but it was scared and as you can see Earl is gloved to protect him from that sharp beak. They are a member of the woodpecker family and you know you've been pecked if you get pecked by one of these! 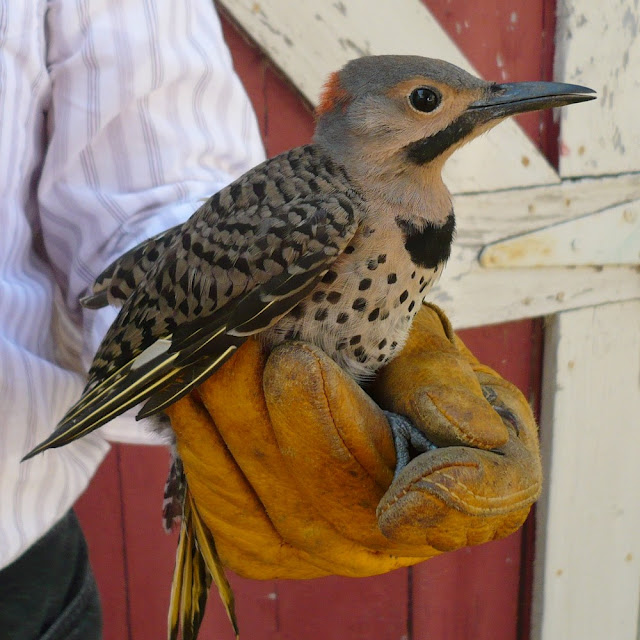 Oh, but isn't it beautiful!?