What a busy weekend! Saturday dawned gloomy and rainy but we had high hopes it would clear up later in the morning. This weekend was the Art & Apples festival in a nearby town and Earl had perfected his Carmel Apple cheescake recipe for the baking contest.  We got up early and headed for our Saturday morning coffee date at Panera, discussed the days plans over coffee and a bagel and came home to put the finishing touches on his entry.﻿ 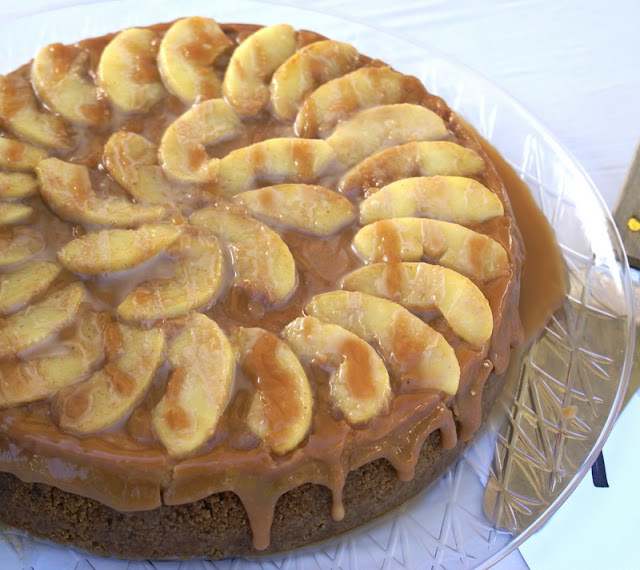 By the time we reached the park the sun was beginning to break through the clouds and within minutes it was shining brightly.  There were so many delicious looking pies and desserts we started to wonder just what one has to do to get the honor of judging in one of these contests!Just look at those cute apple cake pops! It all looks good, and we knew it would be a tough competition. 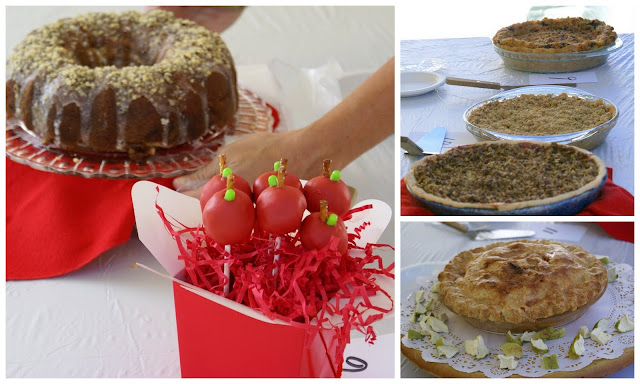 And speaking of competition, it didn't take long to realize this was ours, the guy in the white cap, I stealthily snapped his pic to show you. His name was Kevin and he was a professional baker, and his entry was a cheesecake too! Hmmmm.... 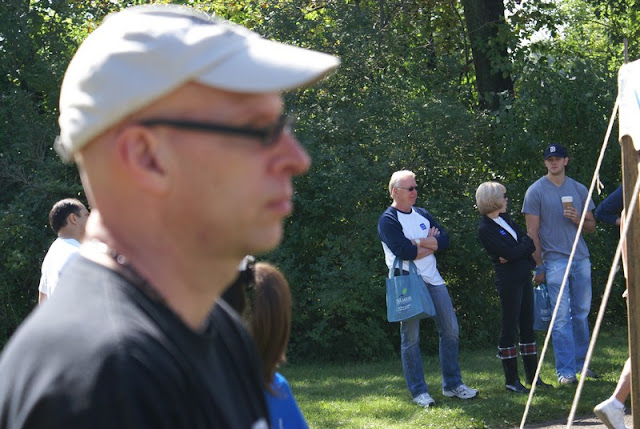 I kept a close eye on the judges as they tasted their way through the entries. The older lady was careful to give nothing away by her expressions. The guy who was judging was the local Mayor and was focused on eating . He wasn't giving much away either. But the cute brunette, a local newscaster, took one bite of Earl's entry and exclaimed "Oh my gosh!" I thought he had a good chance after that. 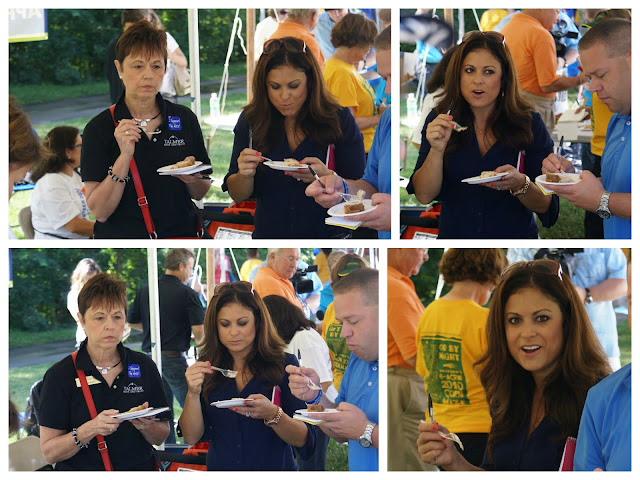 I was right. Congratulation on winning Best Apple Dessert sweetheart! 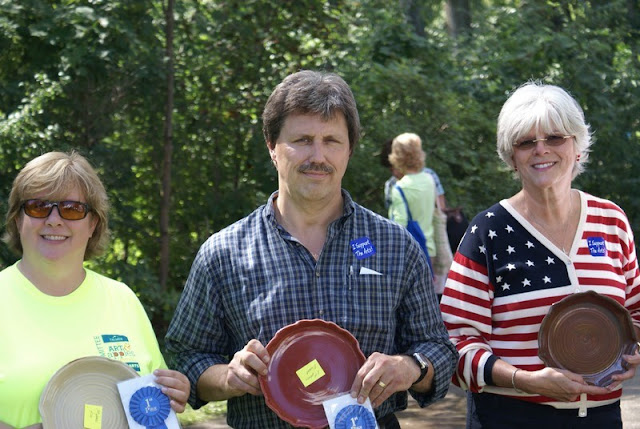 The prize? A handmade pie plate and blue ribbon, but the fun we had with this was even better.  After he won we went out to lunch to celebrate, hung out in the bookstore for a while, he helped a friend set up for a party and then we went home and baked two pies for the potluck our church had Sunday to install the new Pastor. I think we finished the pies around midnight. Whew! Whirlwind weekend but it was all good. It's back to work this morning and the week ahead is full of possibility. Enjoy your week full of possibility too. I hope your weekend was as good as ours!
Posted by Kathleen Grace at 6:38 AM