It's no secret I have been baking pies every week for a mission trip that some of the young moms are taking this next spring. Pie making and I go w-a-a-a-y back. My grandmother taught me when I was about 6 or 7 years old and since my mom hated cooking and baking, pie making was delegated to me. I felt like such a big girl helper, I would proudly pull a chair over to the counter and mix up the crust and roll it out and put it in the pan while mom cut up apples. Being little, I didn't know that pie crust was supposed to be hard to master, I just did what grandma taught me and mom always made sure to praise my talents. Kids belong in the kitchen at an early age, it's a great way to build practical skills and confidence in the kitchen!
The old saying easy as pie is so true, just find a recipe that works for you (mine is straight out of Betty Crocker), and know that your shortening or butter or whatever fat you use (lard is best according to grandma and I can't argue with that!) has to be cold and it has to be incorporated into little pea size lumps in the flour. If you can remember that, you can make pie crust. The problem is, there is always pie crust left over. I hate wasting all those good ingredients, so I squish the trimmings all together, roll them out and would usually cut them up, brush them with egg wash and then sugar and cinnamon. Last fall we found this set of adorable pie crust leaf cutters at Williams-Sonoma. They were ridiculous price and we wistfully passed them up. I went back after Thanksgiving and they were marked way down. I snatched them up and used them as a stocking stuffer for Earl last Christmas. As I was making pie crust last week I remembered them and pulled them out. They are so perfect for Autumn! 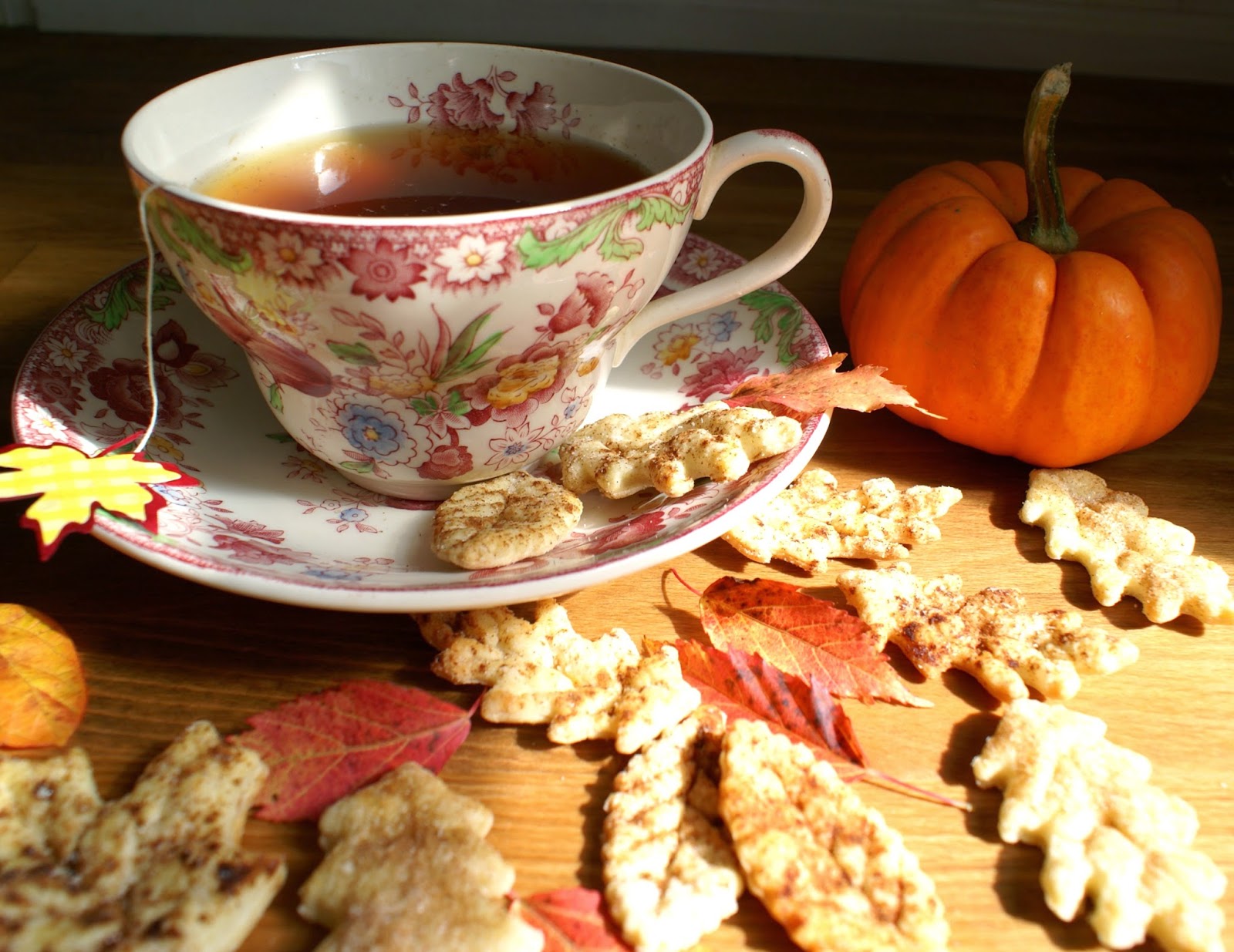 They were adorable and since I had made an all butter crust that week they were flakey and flavorful too. I also made a batch of lemon curd and I spooned a little on top for a treat :>)  If you make pie, remember it's easy, making some cute cinnamon sugar treats is a great way to not waste the leftover pie crust. These would even be fun in a cellophane bag with a small jar of jam for a gift!
What is your favorite thing to bake in the fall?
Posted by Kathleen Grace at 4:41 PM