What a Fellowship, What a Joy divine.....

Potluck today at church:>) Everyone who is going to be in the Easter passion play stays after to practice and, of course, it would be impossible to remember your lines on an empty stomach! So the families all have a bit of fellowship and a potluck before the rehearsal. I'm not in it, but Earl is narrating. He has a lovely voice....but I digress:>) Anyway, we had to decide what to take. Lauren asked her dad what we were taking and he told her plain vanilla cupcakes with plain vanilla frosting. And just as a joke I made some. 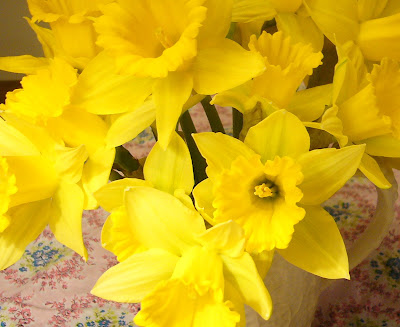 Well, not entirely plain. I added some little nests and M&M speckled eggs. But these were just a joke. You see, Lauren should know that we would never bring plain anything to a potluck! 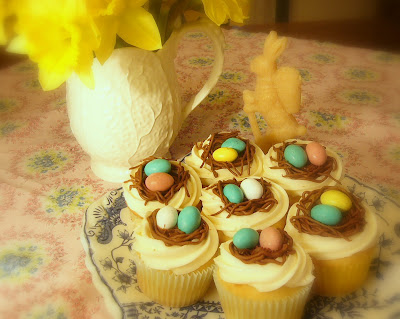 The real contribution was one of Earl's fabulous white chocolate raspberry cheesecakes. Oh my it's good! That isn't raspberry jam swirled in there folks, it's strained fresh raspberries with a little sugar cooked down to a thick sauce. Have mercy! You can find the recipe here 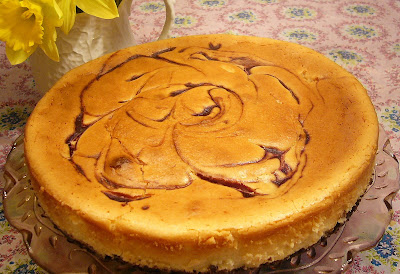 Guess who had to find families with children to send the vanilla cupcakes home with? And guess which serving plate was literally scraped clean at the potluck? The daffodils in the top photo? $2 a bundle at Kroger! I got three. Sunshine in a vase:>)