This 'n That and Some New Designs

I don't think I've shown you "the girls" since they were little chicks.  They are all grown up now and we expect we will be seeing eggs within the month.  I tend to chose pretty chickens because, well, why not?  This is one of the prettiest flocks we have had.  We let them out for a bit while we were working in the garden this weekend. 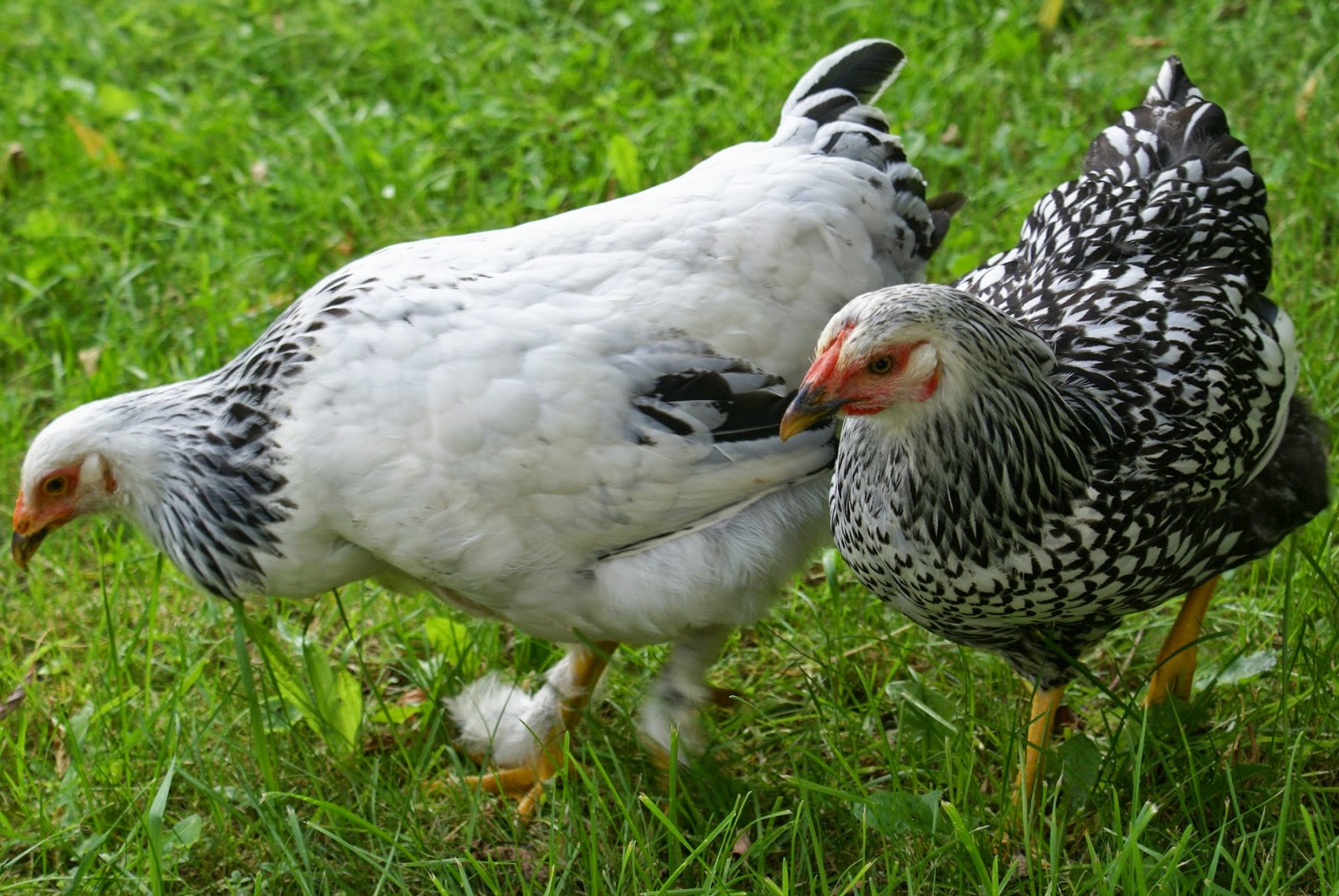 The mostly white chicken with black neck and tail feathers is a Brahma, the other is a Silver Laced Wyandotte, all of our chickens lay brown eggs, except the Aracauna's which lay blue eggs.
﻿ 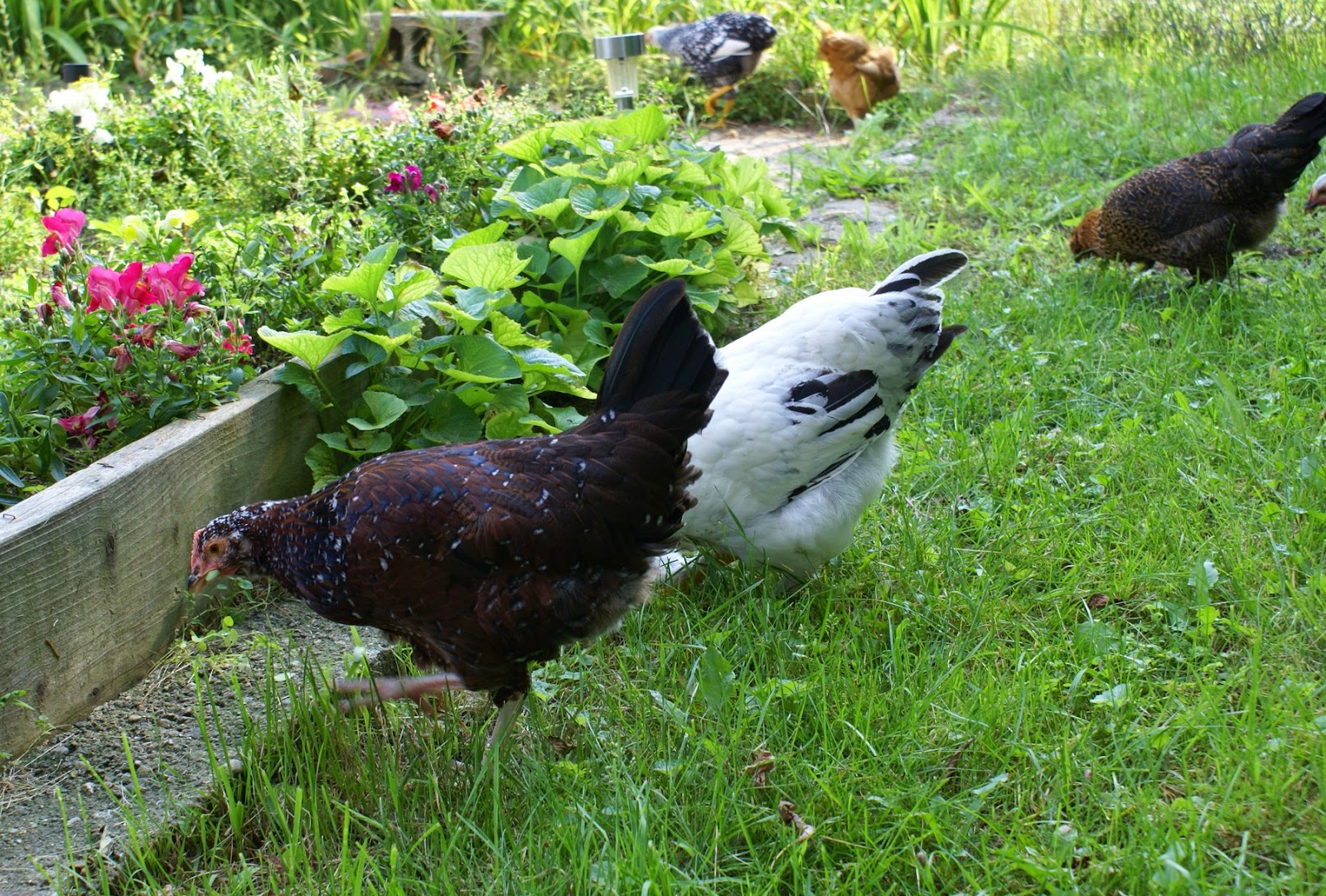 I love the little speckled Sussex above. She has the prettiest iridescent green sheen to her feathers. In the background is an Aracauna and way back in the back is a Buff Orpington. 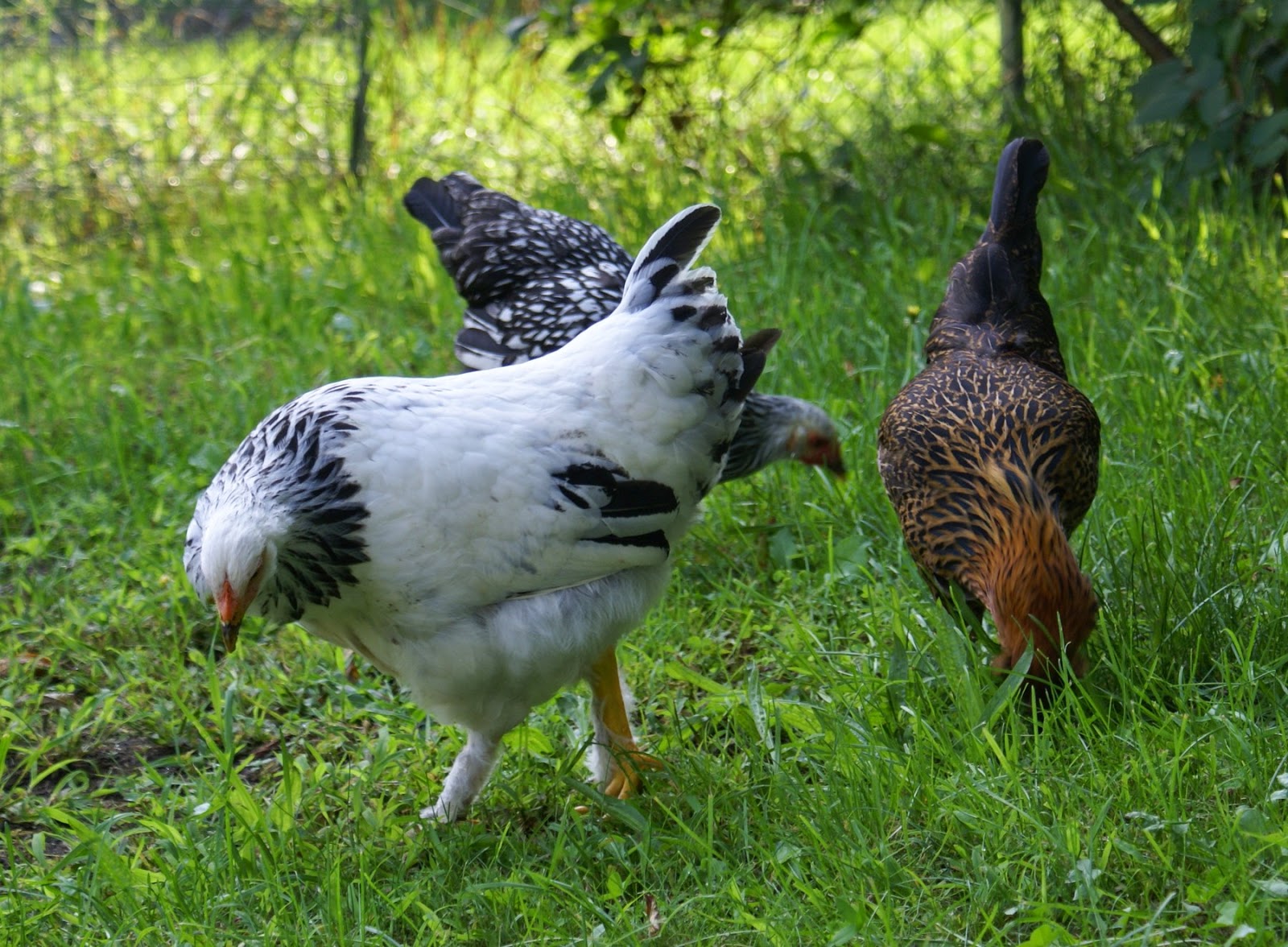 We have a few more different kinds but they were too, ahem, chicken to come out and play.
In other news, we have the new color on the office walls.  This color was chosen by the man of the house, a definite departure from what you usually see here, but once I was used to the darker than I usually choose color, I got some great ideas for the room, I'll keep you posted on progress. 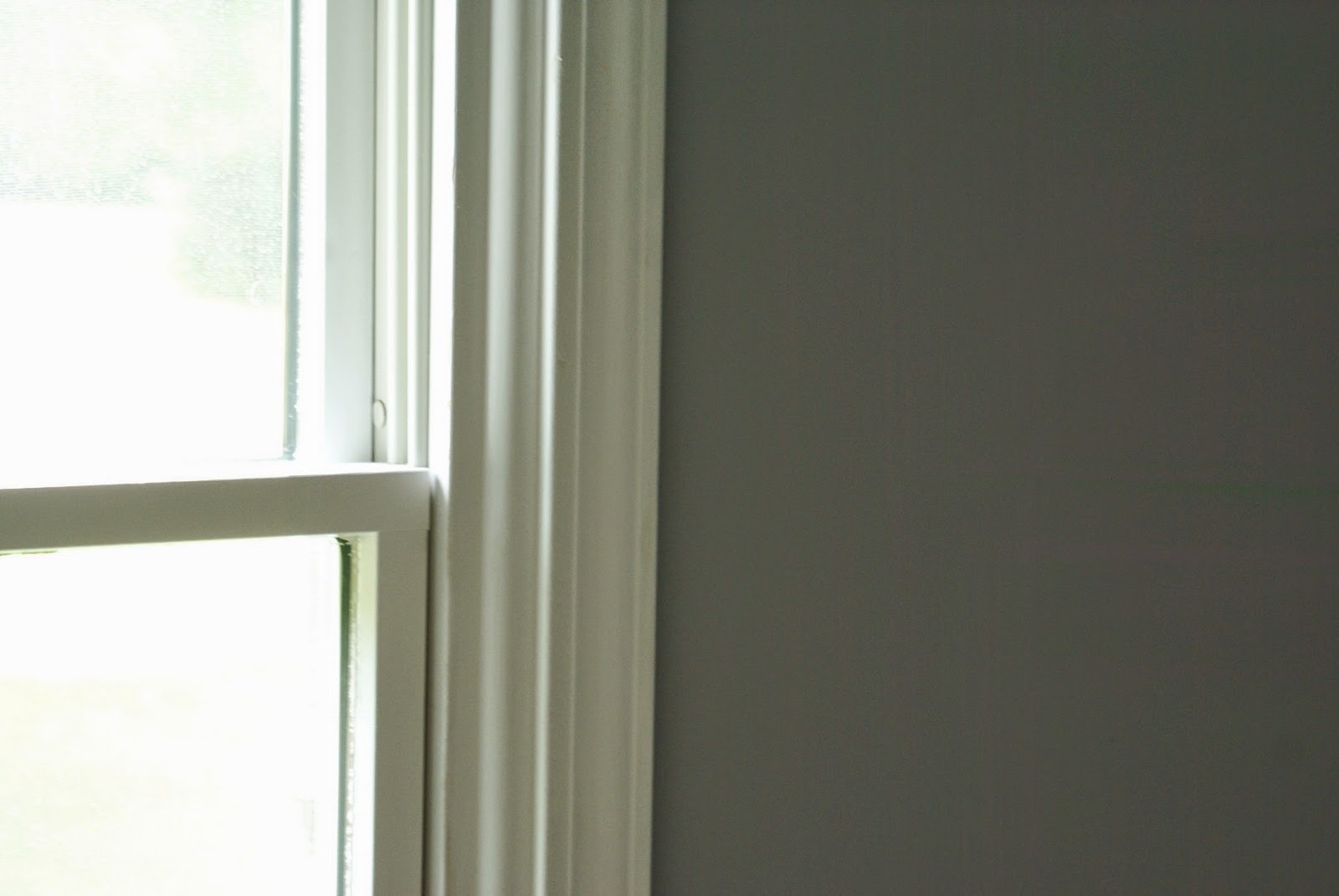 I also managed to whip up a couple more decal designs for the shop.  A little something gingham to brighten the kitchen. 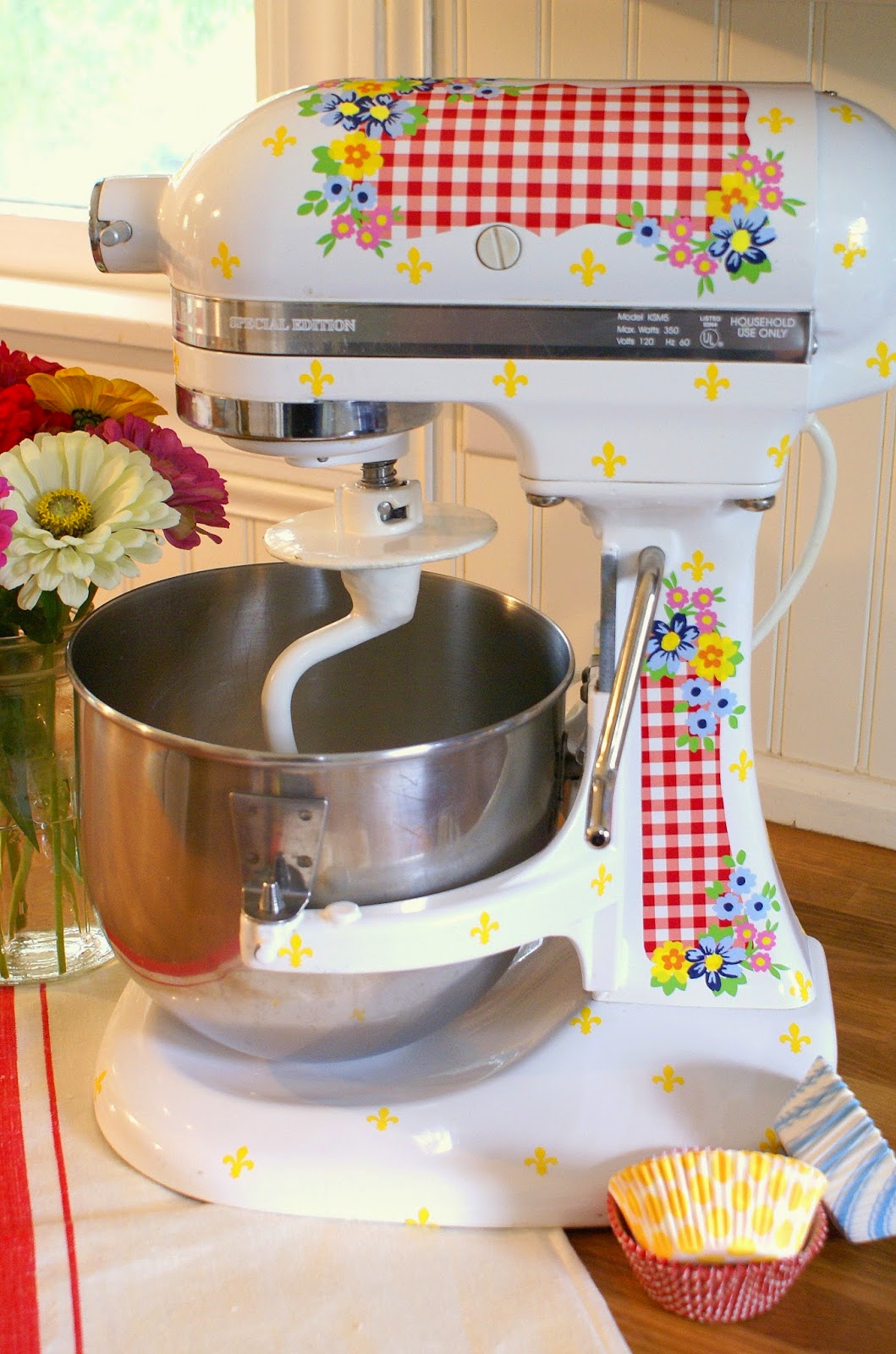 The Sunflowers are my favorites:>) 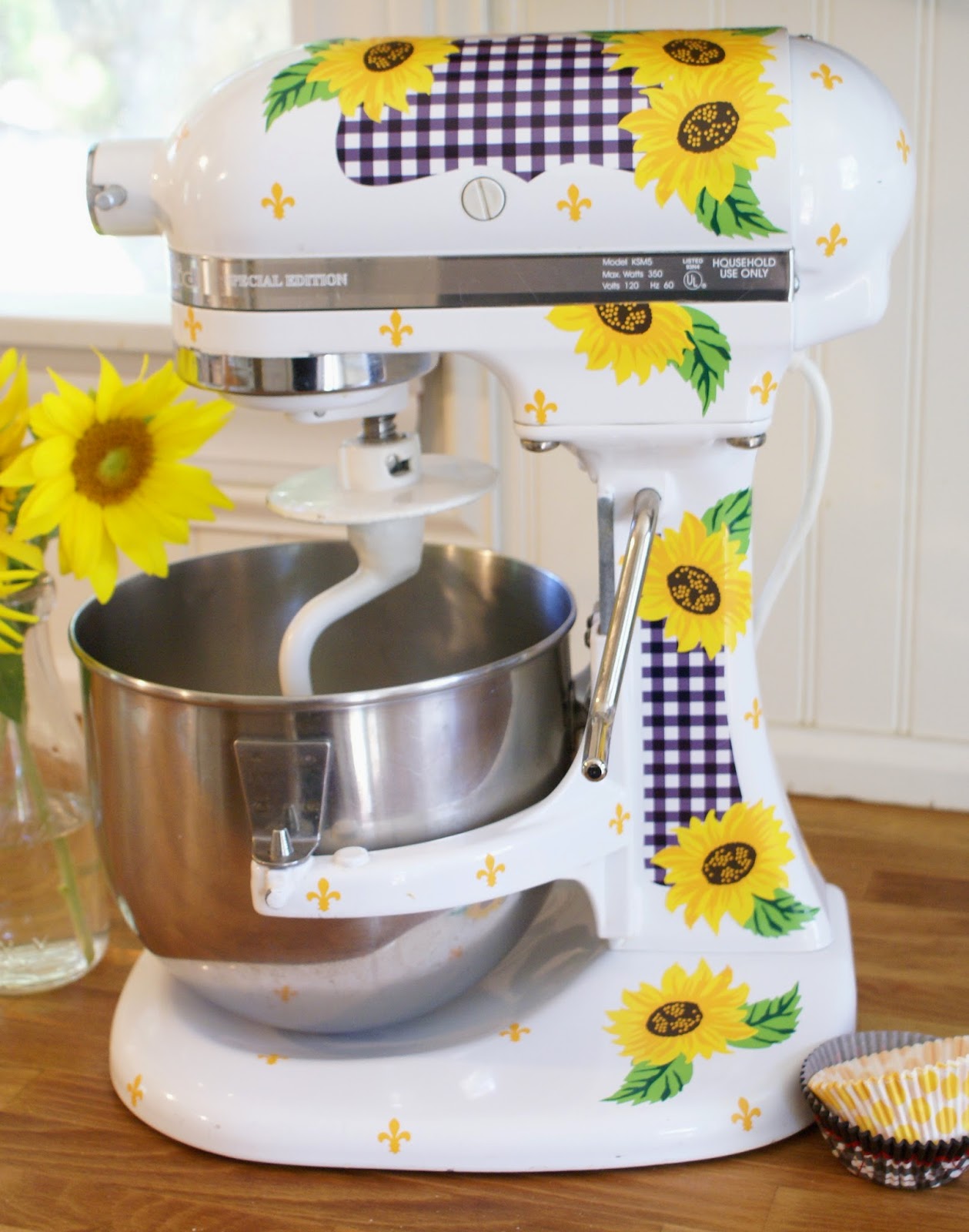 I trust you all had a good holiday weekend.  I know that according to the calendar it isn't officially Autumn yet, but September always sounds and feels like Autumn to me.  The best part of Autumn when the weather is still nice and the colors start to come out on the trees. Are you ready or will you be wringing every last drop out of the summer of 2014?﻿
Posted by Kathleen Grace at 2:00 PM