A baptism and a tour Earl and I had the privilege of attending a little country church this Sunday for the baptism of our Godson Nicholas. Isn't he a sweet dumpling? His mom and dad can not put him down and when they even think about it the whole family is waiting to take him in their arms and give him a cuddle so I don't know if the poor child will ever learn to walk. Really. The church they attend is a little country church that is just amazingly beautiful. Built in the late 1800's it has the heavy woodwork and tiny old pews that you just don't see anymore. Decorated for Christmas with bright red poinsettias on the altar and the sun streaming through the stained glass windows, it will take your breath away. I thought I would show a few pictures. I wish I had thought to take my camera, but I had to rely on my daughters which isn't as good. A lot of the pics did not come out but here is what did. 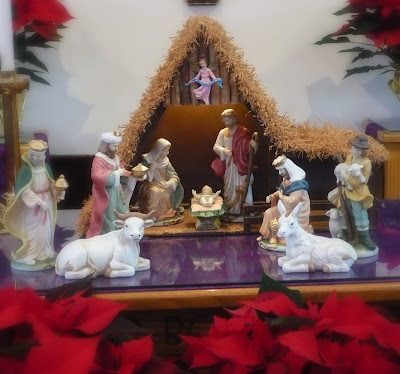 This beautiful nativity scene was the centerpiece of the altar, surrounded by bright red poinsettias it was perfect. 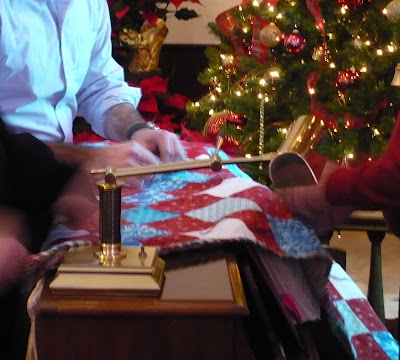 This congregation has a group of quilters who make prayer quilts for people who are ill or who are going through a rough time. This one is for a pregnant woman that someone asked for prayer for and the people of the congregation come forward after church is over to tie some of the strings on the quilt as they say a prayer for the person it will go to. They did this for Earls mother when she was going through treatment for cancer and it is such a treasure to her. this was draped over the organ at the front of the church and it will be there until it is finished and given to the person it was made for. Isn't that beautiful? 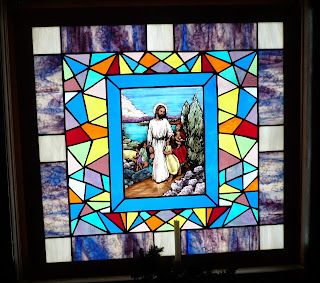 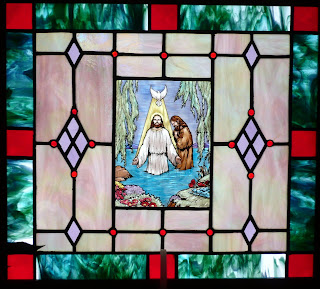 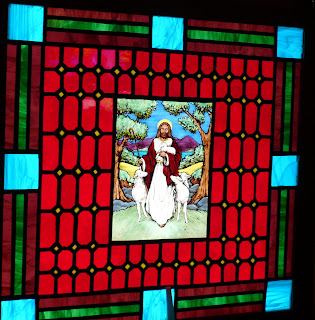 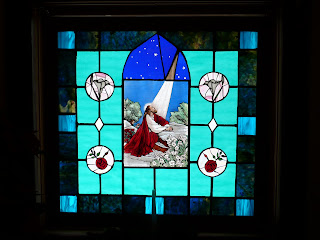 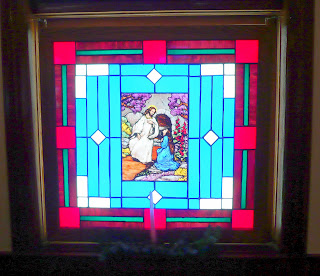 These Stained glass windows were actually made by the congregation for the church fairly recently. The windows are original but only had plain squares of colored glass at the top in a patchwork effect. The congregation made these intricate windows for the lower panes and the effect is breathtaking. I am such a pushover for these beautiful pieces of art. I have always wanted to make some windows like these for our church. Maybe some day. The brilliant colors of these windows along with the Christmas decorations was just amazing! 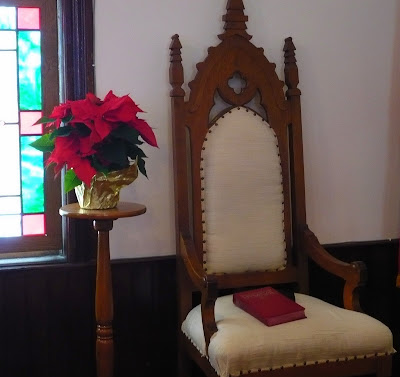 Is anyone else in love with these old gothic chairs? Is it wrong to covet something in a church? No doubt, but these old chairs make my heart go pitty pat. God knows that it was only a momentary temptation to put this into the back of the van after everyone else left. Really. As long as you don't yield to it temptation isn't a sin. 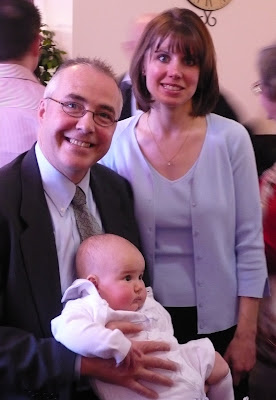 Isn't this a beautiful family? Congratulations Rick and Marie and baby Nicky. We love you! It was a beautiful morning:>)
Posted by Kathleen Grace at 7:09 AM