Well, I hate to say it but I didn't get pictures of most of the dinner, mostly because I feel weird doing a photo shoot at other peoples houses while there is a party going on:>) But I did get a few pictures of our house, after the party! The house was festooned.... 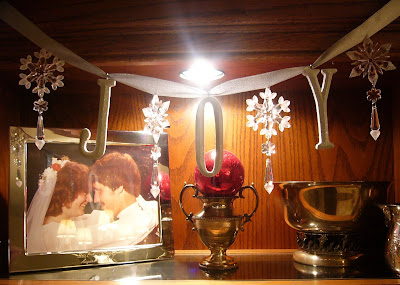 The Candles were lit... 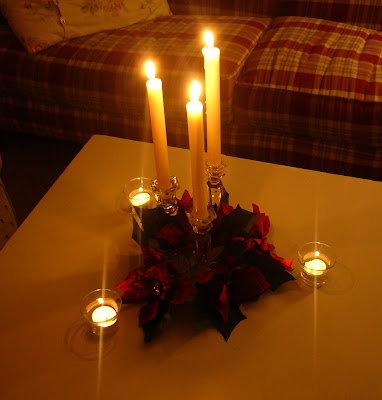 The table was made ready... 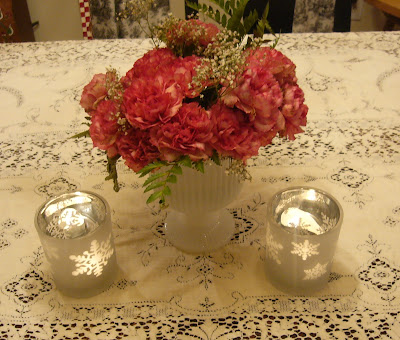 and Earl made some orange ginger mini cheesecakes ... (recipe here ) 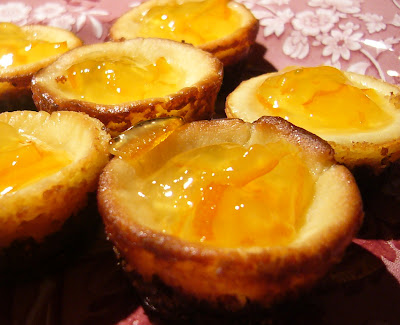 After the party there were a few left, we finished them off today:>) 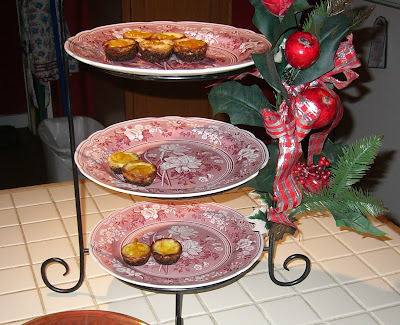 It was a great party and everything was delicious! We had so many appetizers at the first house I could have done without the dinner portion, but the pot roast with herbs and red skin scalloped potatoes were divine! I had to have some:>) Dessert and coffee were the cheesecake bites, an upside down pumpkin pie and a chocolate cake that I can't even describe other than to say it had everything you could possibly want in a dessert!
We planned on cutting our Christmas tree this morning but youngest daughter woke up feeling very sick! (she didn't attend the dinner so that wasnt it!) she is feeling better now and I am hopeing we can go tomorrow after church. Unfortunately I think it is supposed to rain so I hope it holds off for a while so we can get the tree!

I also have a few little hints of what I sent off for my Ornament swap partner, Alice at Inspired Tokens. 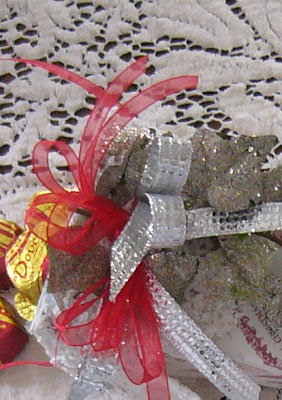 A little something fun and sparkly, I can't show the rest of the package because I was so focused on getting it wrapped and sent today (the deadline!) that I didn't get it photographed, so hopefully when she gets it Alice will take some pictures I can use to show you:>) 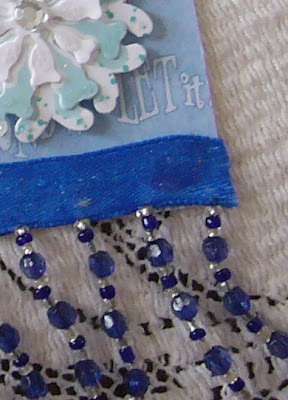 Tomorrow is the first day of Advent and I will be participating in Britt- Arnhilds Advent party. Britt lives in Norway and is celebrating the holy season with fellow Bloggers from all over. Take a look! I'll see you all tomorrow night:>)

As Victoria (youngest daughter) points out in the comments, I did have some major help in preparing the house. My girls are always willing and wonderful about helping out with parties. We are a team and I appreciate their help and their encouragement in so many areas more than I can say! I love you girls!:>)

Posted by Kathleen Grace at 4:58 PM